A guide to Japanese woodblock print

Traditional Japanese woodblock printmaking is a composite art form with a warmth and grace unlike any other print work. It combines the specialised knowledge of artists, printers and wood carvers. The woodcuts themselves are known as Ukiyo-e (literally: pictures of the modern world).

The origins of Ukiyo-e

While many traditional artforms around the world have always been the domain of the upper-classes, woodcut prints are different—the common people of Japan were the ones who cherished Ukiyo-e prints, and developed the techniques to produce them.

During the Edo era of 1600-1867, popular culture in Japan blossomed, and Ukiyo-e prints played a large role in the process. Due to the way they were created, woodblock prints could be mass produced for the public.

They enjoyed huge domestic success and were even well-received beyond the country’s borders; woodcut printmaking techniques influenced many 19th century European impressionists.

How woodcut prints are made

The techniques themselves have remained consistent for 300 years. A finished Ukiyo-e print will reflect the vision of three artists: the painter, the carver and the printer. These unique works capture the true essence of traditional Japan. Here are the five steps involved in creating a Ukiyo-e print. 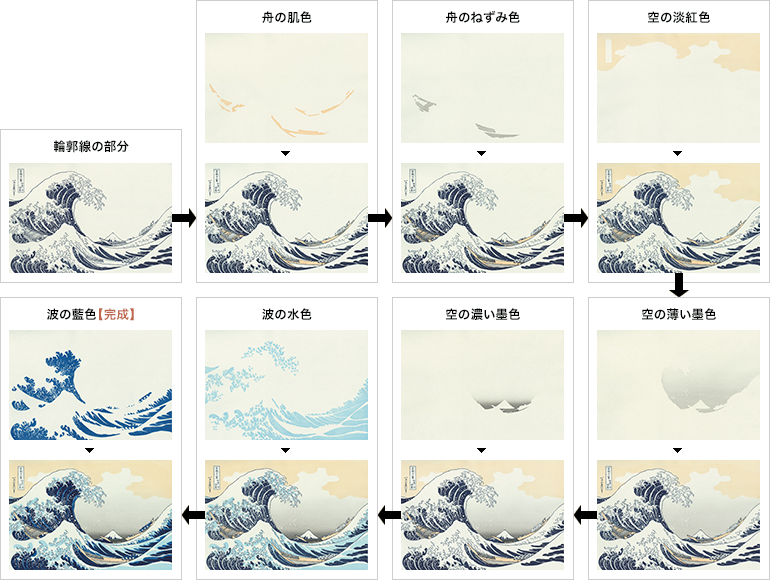 The first step in creating a Ukiyo-e print is the initial painting or hanshita-e. This image is the basis for the entire print, but at this point, it is more like a sketch or a template, composed only of black ink brushstrokes. That is not to say these templates don’t take skill. Artists pour their hearts and souls into every line to produce a strong image that will guide the whole process. 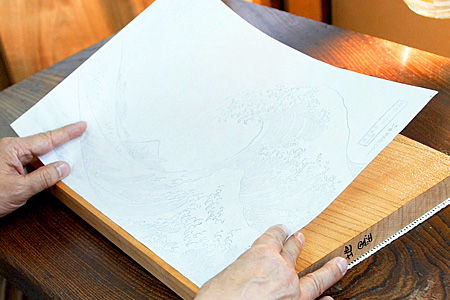 Next, the painter hands the hanshita-e over to the wood carver. The carver’s job is to transfer this template onto a block of wood. They do this by pasting the paper over the wood and carving the black lines into it. 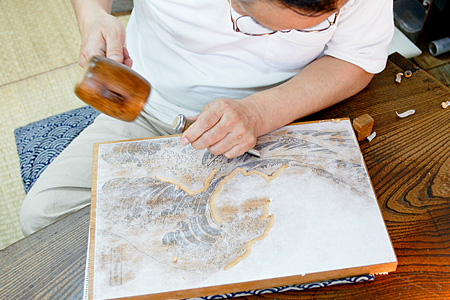 The painter creates one hanshita-e for every colour of the final piece, handing each one over to the carver to complete a woodcut for each. Once this process is finished, another artist enters the fray: the printer. 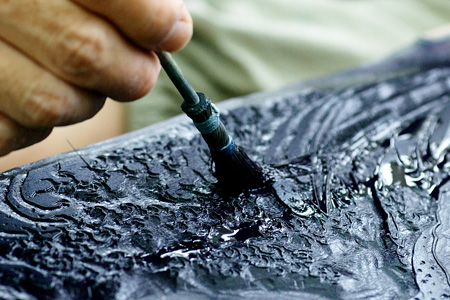 The printer receives one block for each colour of the final Ukiyo-e, and communicates with the artist to decide how to best combine them on Japanese Kozo paper. This printmaker will experiment with various hues in order to make what they think is the best image. Painters and printers, who are both stubborn and passionate, often debate this process, but if they work together correctly, the final result will be better than anything either of them could have come up with on their own.

The actual print process is laborious and time consuming. The layers of colour have to be printed one by one, and they must be aligned perfectly to avoid spoiling the image. 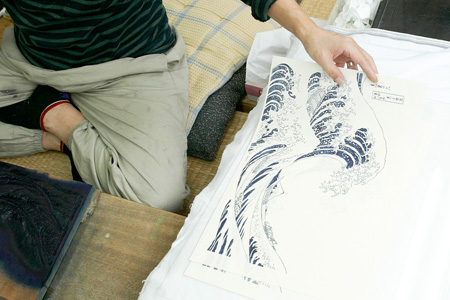 Once the printing is over, a Ukiyo-e is completed. It is the result of a collaborative process between three dedicated artisans, and it is a true representation of traditional Japan. Woodblock cuts are a fine art form that the nation can be proud of.