How are incense sticks made? 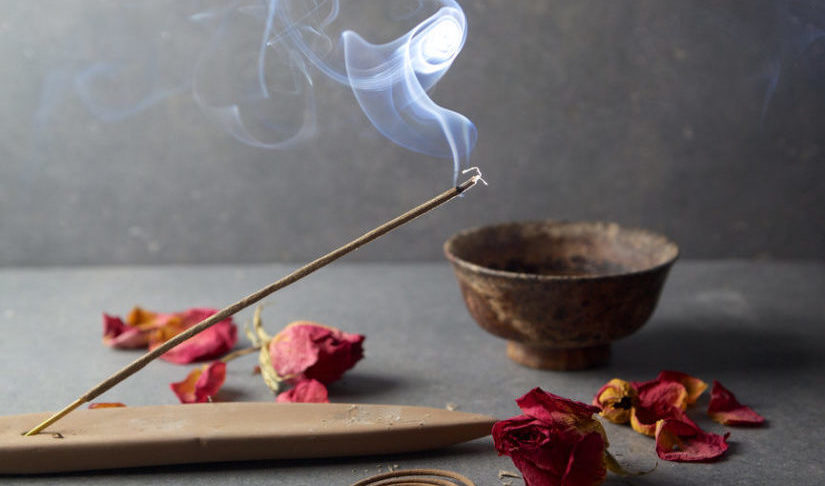 Incense is an aromatic material composed of scented plants and essential oils that releases fragrant smoke when burned. It originated in 538 AD with the arrival of Buddhism to Japan, where its use was transmitted through religious and spiritual rituals.

Incense is still used in many religious ceremonies, but its use in modern day society has become more widespread. The fragrant material is regularly used in aromatherapy, meditation, yoga, to repel insects or to simply diffuse bad odours.

There are several different types of incense that are used throughout the world. Some diffuse their fragrance through direct burning, while others rely on non-combustible sources of heat. Fragrant wooden sticks that release their scent when burnt directly are one of the most popular varieties. Often made using bamboo, Shoyeido incense manufacture some the highest quality sticks available in the UK.

How Shoyeido incense is made

The blending of incense ingredients

The blending of natural materials requires an enormous amount of skill. The quality, balance and ratio of each element is critical – the slightest variation in any component can dramatically alter the resulting fragrance. The amount of moisture, along with drying time and production methods, can also strongly affect the scent.

The ingredients are finely ground and carefully mixed with a powdered, natural binding material called Tabuko. Up to fifty varieties of herbs and spices are precisely blended with pure water, quickly shaped, and dried very slowly. Shoyeido incense matures and improves with time. The scent becomes deeper and more mellow, reflecting the subtlety and refinement for which Shoyeido is known.

Many kinds of unusual roots and bark are used, such as magnolia, peony and cypress. These ingredients have been highly prized for centuries.

Sandalwood is a widely cultivated Indian tree with particularly fragrant timber. It is one of the most popular ingredients used in incense production. Sandalwood has been highly valued for centuries, particularly in the Hindu Religion where it is considered holy and indispensable. The essential oil of sandalwood is believed to be an effective antiseptic, anti-inflammatory, emollient and memory booster.

Agarwood is a soft textured and non-scented tree of the genus Aquilaria. It accumulates crystallized resins while being withered by various natural causes. The longer it is seasoned, the more refined the aroma becomes. Agarwood is naturally grown in Indonesia, India and the Kainan province of China. It is highly valued in Japan for incense ceremonies and is prized for its soothing qualities.

The highest grade of Agarwood is called Kyara, which means "precious" in ancient Japanese. It permeates deeper aroma and is more resinous than the average Agarwood. Kyara is one of the rarest woods used for incense.

The sweet, balsamic resin from a tall deciduous tree of the family Styracaceae, Benzoin is found in tropical Sumatra. It yields a warm, mild scent. Benzoin is believed to be an effective antidepressant and relaxant.

Derived from the camphor tree, the family Dipterocarpacae. Borneo Camphor is a crystalline substance, which accumulates in the gaps of the tree’s trunk. Borneol is a component of many essential oils and acts as a natural insect repellent.

The dried root of a plant, native to Vietnam and grown in India and southern China, this plant bears delicate, orchid-like flowers. Ginger lily is highly prized for its warm, sweet and spicy fragrance.

Cloves are dried flower buds of evergreen trees in the Myrtaceae genus. Native to the Maluku Islands of Indonesia, Cloves are commercially harvested in a range of African and Indian subcontinent countries. Their hot and spicy scent has made it one of the world’s most well-known spices and is regularly used in cuisine.

Perhaps best known as one of the three gifts the wise men brought in the Nativity Story, Frankincense was one of the most highly prized substances in the ancient world. It is found in the resin of trees of the Burseraceae genus, grown in northeast Africa, the coasts of the Arabian Sea and Somalia.

Cinnamon is the dried bark of an evergreen tree belonging to the laurel family. One of the oldest spices known to man, it was traded between India, China and Egypt over 4,000 years ago. Cinnamon is mentioned in the Bible, as well as Greek and Roman pharmacopoeia.

Considered one of the main medicinal and culinary plants, Star Anise has a lively, sweet and herbaceous scent. It’s mainly grown in the southern provinces of China and is a popular ingredient in oriental cuisine. 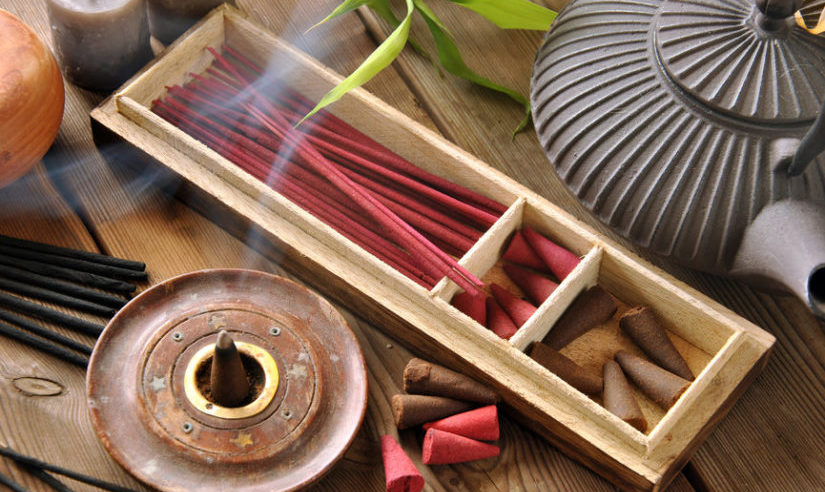 A large variety of powdered aromatic wood, herbs and spices are measured accurately and mixed according to the type of incense. The powders are then sifted to remove particles and ensure they will mix evenly.

The measured amounts of sifted powders are kneaded gradually with the addition of warm water and mineral colours. Once a dough is formed, it is pressed into a thin cylindrical shape.

A hydraulic extruding machine compresses the cylindrical "dough" through the small holes of the steel mold, called "Sugane," into the form of long strands similar to a spaghetti noodle. A board, called "Bon-ita" catches the soft strands of incense. Both ends of the stick incense are then trimmed by hand with a bamboo knife.

The soft incense sticks are removed from the Bon-ita and put onto another wooden board, called a "Tehon-ita", and laid very closely next to each other.

Although the ends were trimmed with a bamboo knife previously, any incense that sticks off the Tehon-ita is cut off to make it even. The sticks are then moved again to another board to dry. At this point, some of them are cut further to meet product specifications.

The drying boards are piled up with the incense sticks with a little space between each. The incense is dried slowly across the duration of a few days. Once dry, the incense sticks are weighed and bundled in the appropriate quantity for the final packaging.